For millennia indigenous people traveled long distances through the forest to live seasonally in Musketaquid.  After spring planting many tribes often summered along the Atlantic coast with its bountiful fish, clams and lobster.  It was a life in tune with nature and their environment.

In the early sixteenth century they began interacting with English fishermen and explorers. The indigenous people would trade with them along the shore then travel back up what we call the Merrimack and Concord rivers to Musketaquid, at the confluence of three rivers, in time for the late summer harvest.  The coming of the English and French explorers destroyed their world.

In the early 1630’s William Wood was an English explorer, adventurer, and propagandist, who saw God’s hand in creating an opportunity in these deaths.  In 1632 he published a pamphlet in London encouraging Anglo-Saxon Protestant emigration to Massachusetts, and he included a map showing the confluence of these three rivers which he also labelled Musketaquid.  He described empty meadows and fields for the taking, ready to be easily cultivated.  He said God cleared this land for English colonists.

Two miles further south, across the Old North Bridge, are the fields of the Old Manse, built on the site of an indigenous people’s village.  While living there Nathaniel Hawthorne wrote, “The site is identified by the spear and arrow heads, the chisels, and other implements of war, labor, and the chase, which the plough turns up from the soil.”  Only their remains were left there.

A short distance away, on high ground overlooking Borden Pond, was the campground of the Nipmuc Tribe of the Algonquin nation.  It has the oldest signs of human habitation in the Concord area, going back at least eleven thousand years, and as late as the eighteenth century was still used occasionally by remaining members of that tribe.  For many years anyone with a sharp eye could find their leaf shaped spear points, arrow heads, and grinding mortars there.

But the greatest volume of indigenous artifacts comes from their clam feasts.  Just beyond Emerson Hospital is the assisted living complex Newbury Court.  Throughout the nineteenth century this site was known as Clamshell Bank and was Concord’s most prolific pre-colonial archaeological site.  Archaeologists estimate, based upon the mounds of clam shells left behind, that as many as twelve thousand native people joined in these clam feasts some years.

By the end of the seventeenth century the last fifty-eight indigenous people permanently residing in Concord, the so called Nashoba Praying Indians, were rounded up by colonial soldiers, imprisoned in Boston Harbor, and those who did not die were sold into slavery.  This is perhaps Concord’s original sin.  We often try to tell the story differently, but the Anglo-Saxon colonials coming to this land led to the indigenous peoples’ deaths and destruction.  To make peace with our past we must own our history before we can truly commune with Musketaquid’s wildness.

Rev. Dr. Jim Sherblom is a transcendentalist author, Concord guide, and longtime resident of Concord.  He is the author of SPIRITUAL AUDACITY: Six Disciplines of Human Flourishing. 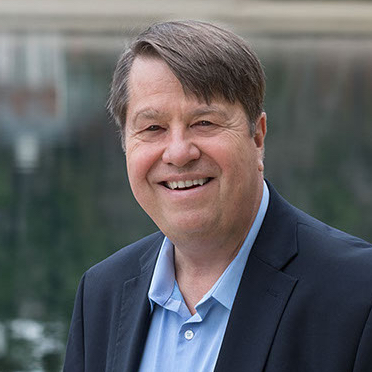