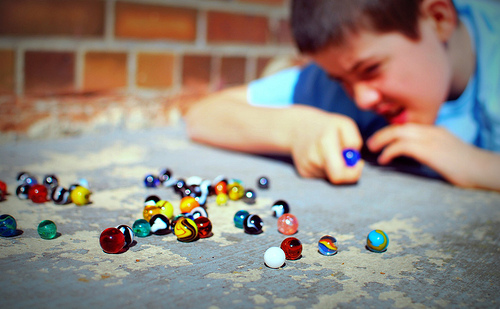 I preached at First Parish U U in Needham, MA last Sunday and the high point of the service was the TIME FOR ALL AGES where I told the story of how I became a marble moguil

If you haven’t read my book, please buy it; if you read it and like it, please review it on amazon,

Ranger Elementary School was a small brick building that served kids from the poorer side of Tiverton, RI.  My family was among the poorest in town.   My father was the minister of a working-class Baptist church and I was the fifth of his ten children. Beginning in first grade, I discovered the boys played marbles at recess. I didn’t know how to play. Marbles cost money. No one was allowed to play unless you played for keepsies, where the loser must give his marbles to the winner. This felt like a form of gambling. And even if you won, you could still lose your marbles. If they spilled onto the floor, the teacher would confiscate them and give them to the janitor.

Many boys bought bags of fifty shiny marbles for one dollar per bag at the local variety store. For those who didn’t have that kind of money or couldn’t get it from their allowance or their parents, it was possible to buy three shiny new marbles for a dime. As a last resort, the janitor was willing to resell any used marbles gathered from the classroom floor for a penny apiece.  So everybody could play, except me. I had no money, not even a penny, and knew better than to ask my mom or dad for gambling money. I couldn’t afford to play marbles. Yet I had to play! I knew I could be good at it. If only I could find a way to escape being poor long enough to accumulate some marbles!

One day coming out to recess, I found a marble lying at the edge of the grass. Someone had forgotten it or dropped it running for the bell. Now I had my chance. I chose to play one of the smaller boys, Paul. Paul shot his marble and won.  I felt doomed to no money and no marbles. But Paul lent me a marble to keep playing. This time, I won. By the end of recess, I had played dozens of games and miraculously had won more than I lost. I went triumphantly back to class with two warm marbles nestled in my pocket.  Every recess thereafter, I played, and every recess, I got better. I brought an intensity and focus few could bring to marbles. By spring, I was the best marble player on the playground.

My marble collection grew to several hundred marbles. I began to sell them back to the other boys at two marbles for a penny, undercutting the janitor by half and virtually eliminating any competition from the variety store. Because my prices were the best in town, everybody bought marbles from me. Most days after school, my pockets bulged with marbles and increasingly with money. Now I had spending money. I no longer thought of myself as poor. I had financial resources.

By the end of third grade, it was no longer cool to play marbles at recess. But by then, I’d earned more than $18 from marble sales, plus gave over three thousand marbles to my younger brothers. My sense of the possible skyrocketed! I was an entrepreneur.  Much I would later accomplish in life took root in those playground victories. I would never underestimate the power of focused intent and awareness ever again.

In later years, when people would ask where and how I developed my unsinkable confidence, audacious resilience, and sense that anything was possible, and that many risks really are worth taking, I’d say I learned it all playing marbles.